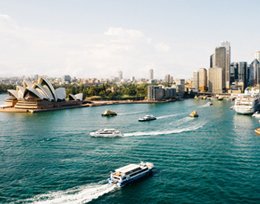 When you go looking for a study abroad destination, you have a multitude of options available to you, but if you are looking for diversity in your study abroad destination, then Canada is definitely your pick. Canadians place great importance on learning, and have developed a first-rate education system with high standards. The country emphasizes and spends more on education (as a percentage of GDP) compared to the OECD average, and is the second highest among G-8 countries.

Canadian teenagers usually rank among the best in the world on international tests of reading, science and math – a testament to the outstanding quality of Canadian schools. A Canadian degree, diploma or certificate is well known in business, government and academic circles around the globe.

Education is a provincial responsibility under the Canadian constitution, which means there are crucial differences between the education systems of the different provinces. However, education is important to Canadians, and standards across the country are uniformly high.

In general, Canadian children attend kindergarten for one or two years at the age of four or five on a voluntary basis. All children begin Grade One at about six years of age. The school year normally runs from September through the following June but in some instances, January intake dates are possible. Secondary schools go up to Grades 11 or 12 which depend on the province. The best part is that Canada offers a wide range of quality educational institutions for both degrees and diplomas in technical and professional disciplines.